It’s getting to that point in Brad Pitt’s career now where he’s nearly produced as many films as he’s starred in. He set up his production company Plan B in 2001, along with and his ex-wife Jennifer Aniston and Brad Grey. It’s certainly kept him busy, and well, it’s good to have something to fall back on if the whole acting gig loses its appeal.

This feature then is one of those projects that just perfectly aligned in the stars, allowing Pitt to both act in and produce. And what better place for that to happen than space. 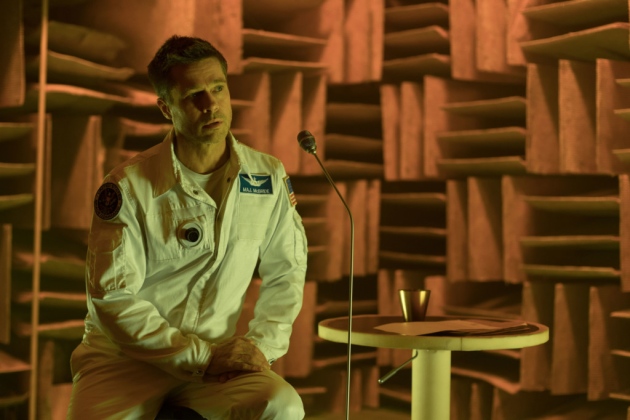 So a horse walks into a bar and the barman says "why, Ms Jolie, we were expecting you"...

After nearly having a terrible accident at work, fixing a communications satellite on the edge of space, Major Roy McBride (Pitt) is informed that this was due to a series of power surges coming from our universe. What’s worse, the anti-matter they produce has the power to destroy all life as we know it.

Just as he’s processing this nugget of information, he’s taken aside and informed of a mission he can participate in, in a bid to save the day. They believe that these power surges are due to the Lima project set up 26 years ago, by Clifford McBride (Tommy Lee Jones) – a national hero and also Roy’s dad – who supposedly died in setting it up on the planet Neptune, when Roy was only a boy.

Space Command’s latest theory however is that McBride Snr. isn’t dead at all, and is still running Lima from Neptune. They therefore want to send Roy up to Mars so that they can relay a message to his dad, and hopefully rectify the situation.

So Roy suits up and embarks on an intrepid journey , for an unusual family reunion in space. 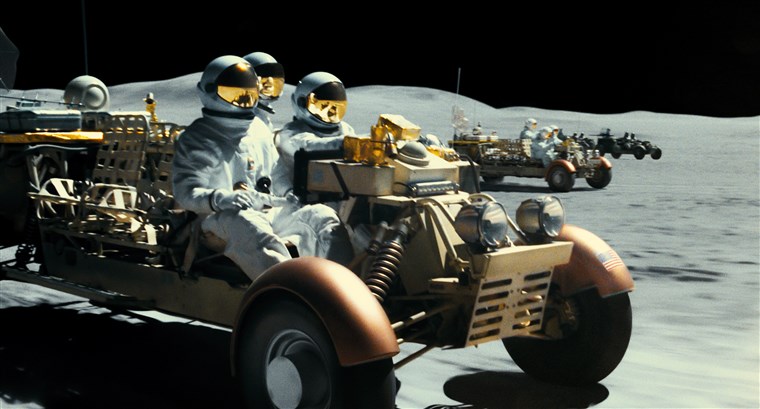 After the embarassing invincible car demo, Elon Musk decided to do away with doors completely.

There are fundamentally two types of space film: the all out space adventure with aliens and laser guns, and the more cerebral exploration of its outer bits. Although Ad Astra attempts a space boot in both camps, it shouldn’t, as it’s clearly the later.

At its core, the film is essentially a soft remake of Apocalypse Now, albeit with a few new twists. One, it’s in space, and two, Brando’s Kurtz character – Jones here – and Sheen’s Willard – Pitt – are now father and son.

It's this dynamic that is the driving force of the film; Roy was clearly affected by his father’s death, that he followed in his footsteps joining Space Command. And in doing so, he closed himself off from relationships so as to not hurt anyone, as he had been.

And although he’s on official space business, he’s clearly looking for answers from his old man, although this could be tricky as he may have gone a bit space loopy.

In an attempt to spice things up, director James Gray introduces a few fairly clichéd action sequences, just to remind the audience of the peril that can lurk in space. And although some of the science fact it employs is a little kooky, it just about gets away with it.

Visually there’s also a subtle influence from classic space flicks, such as 2001: a Space Odyssey and Silent Running, continuing their themes of unsettling calmness in space. To add to that sensation, Pitt’s dialogue, along with everyone else’s for that matter, doesn’t exceed a quiet whisper, as if talking loudly in space is akin to doing so in a library – an unacceptable practice.

Yes the film is well-crafted, but considering the emphasis of the father/dad relationship that’s key, its biggest struggle is that of communicating a raw sense of emotion. It’s as if they acknowledge that no one can hear you scream, so there’s very little reason to even vent in space that you might be upset with someone.