Be careful what you wish for. This adage rings mighty true where the alarming growth of Mickey Inc. is concerned. Like the ravenous Sarlacc (TM Disney) in its pit on Tatooine (TM Disney), that devours anything that comes its way, Disney have quickly become the dominant, and some might say dark force, of the film industry.

There might have been a time when you wished for more Marvel films, and possibly by the time you’ve finished reading this review, there may now well be one for every day of the year. Or perhaps that the Star Wars universe would expand, which it is now doing so, at the rate where there’s every chance it may eclipse our very own.

And now the Disney back catalogue is coming under heavy scrutiny, with many of their animated classics getting a live action re-make, including Guy Ritchie’s take on the 1992 animated original. 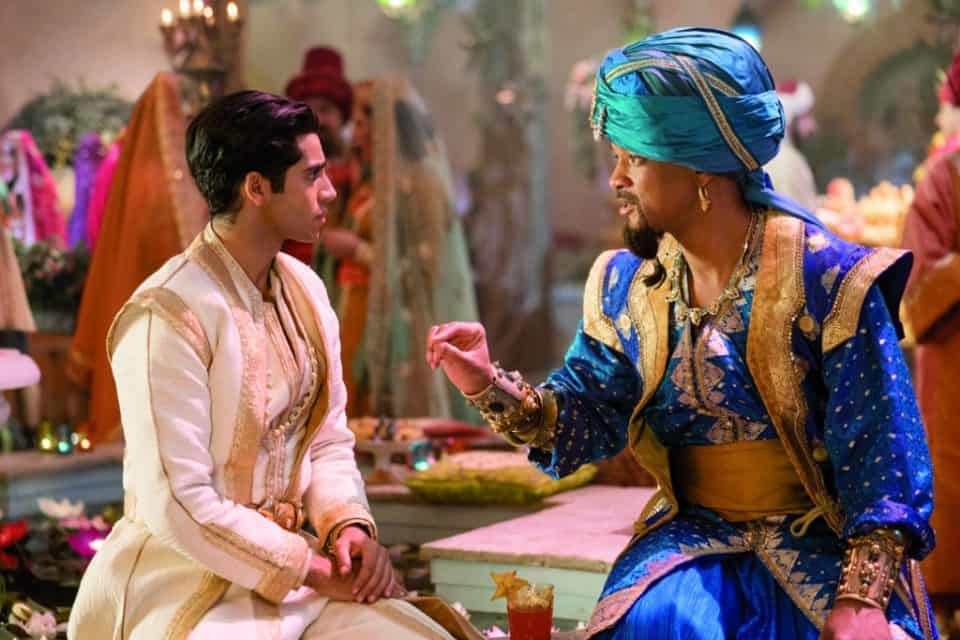 So when the work dried up in the US, Bollywood called, so...

Whilst roaming the streets of Agrabah, Aladdin (Mena Massoud) comes across a young women getting hassle in the local bazaar. After helping her get out of a bit of a pickle, he learns that she is the handmaid to the princess of the city; that’s not entirely true however, as she is actually Princess Jasmine (Naomi Scott) herself, sneaking out of the royal palace on her own.

When Aladdin overcomes a myriad of odds to enter the palace to return a bracelet his monkey Abu inadvertently stole, his impressive feats are relayed back to the Sultan’s evil advisor Jafar (Maran Kenzari). Jafar is seeking an impressive individual to survive the perils of the Cave of Wonders, as only a diamond in the rough can overcome its dangers.

Jafar captures Aladdin, and sends him into the cave, where he is to search out one treasure – a magic lamp – and only that treasure. It contains a genie (Will Smith) with the power to change the lives of all those that possess it, and Jafar wants it bad, for evil, natch. But when his plans fall through, Aladdin finds himself the master of the lamp, and a world of possibilities ahead of him. But with great power comes, well, a whole heap of trouble. 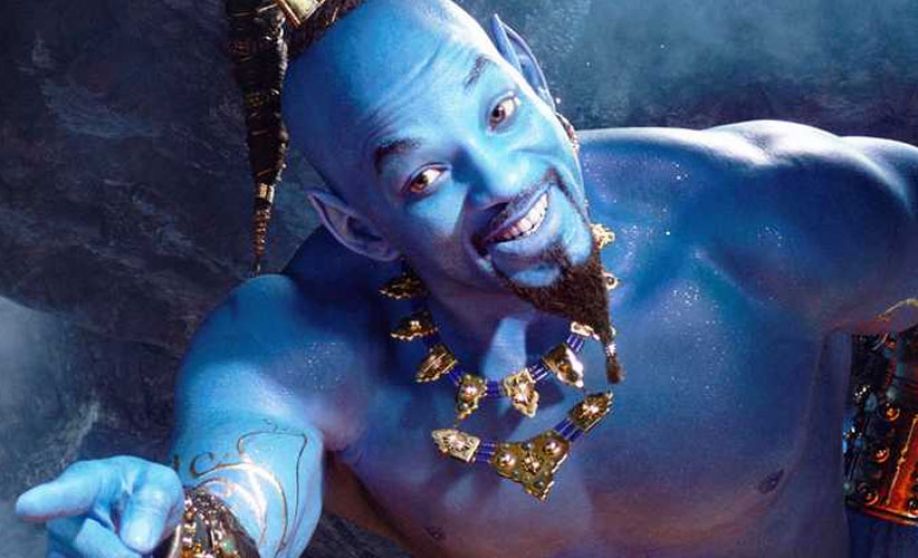 Appearing at the Whitstable Leisure centre Panto from December 12th.

There is a case that could be argued for that British director Guy Ritchie hasn’t made a decent film since his 1998 debut, Lock, Stock and Two Smoking Barrels. And to that end, Ritchie would need this more than Disney would need him.

Ritchie can’t necessarily be blamed; it’s a huge blockbuster, and if he stays on the right side of the Mouse, who knows what could come of it. So what we have here is a film that feels woefully generic, ticking the appropriate Wall-E shaped boxes, keeping the watchful execs on side. In short, Ritchie became Disney’s bitch.

Despite starting out as a director with flair and vision, this is very much a corporate take on family entertainment, devoid of any personality from the director. So there’s no chance in hell of Ritchie becoming an auteur anytime soon.

That said, the film has its moments. The dance routines have a whiff of nostalgia about them, with their vibrant colour and environs reminiscent of classic MGM musicals, which make them almost palatable. The same can't be said however, for the majority of dreary tunes that litter the film throughout, with only Smith's rappery turns the exception.

Where Ritchie has lucked out is certainly on the casting front: Massoud is nothing short of charming as the titular character, who could have really shone with a stronger script and sturdier direction; and Naomi Scott possesses all the positive traits needed to bring a Disney princess to life.

Of course Smith probably had the difficult role, having to follow in the unfollowable footsteps of the genius of Robin Williams, but he does well bringing some street creed to the role, despite spending much of his time looking like a magical smurf.

Yes it does look suitably lavish, but with Ritchie relying so heavily on the most obvious of CGI, it makes the film rather a soulless experience. It’s a safe bet that if Ritchie was given just one wish, it would be to do-over this remake and give it a lot more necessary heart. Or not to have married Madonna, one of the two.

As far as audiences are concerned, with Disney keen to pillage even more original titles, don’t forget, be careful what you wish for, because before you know it, re-makes of re-makes could be a real possibility. And then we'd be truely doomed.