Although it only lasted for one season, 2007’s Clark and Michael would have an impact on both its young stars, Clark Duke and Michael Cera, with both appearing in that year’s smash teen comedy Superbad, albeit with Cera in the starring role and Duke in a role credited as ‘Party Teenager’.

Still, Duke’s time would come, as he slowly but surely built up a solid body of work, including starring in both Hot Tub Time Machines, as well as appearing in the last two seasons of the US version of The Office.

Here he gets behind the camera for the first time to direct, as well as star in, this ambitious thriller. 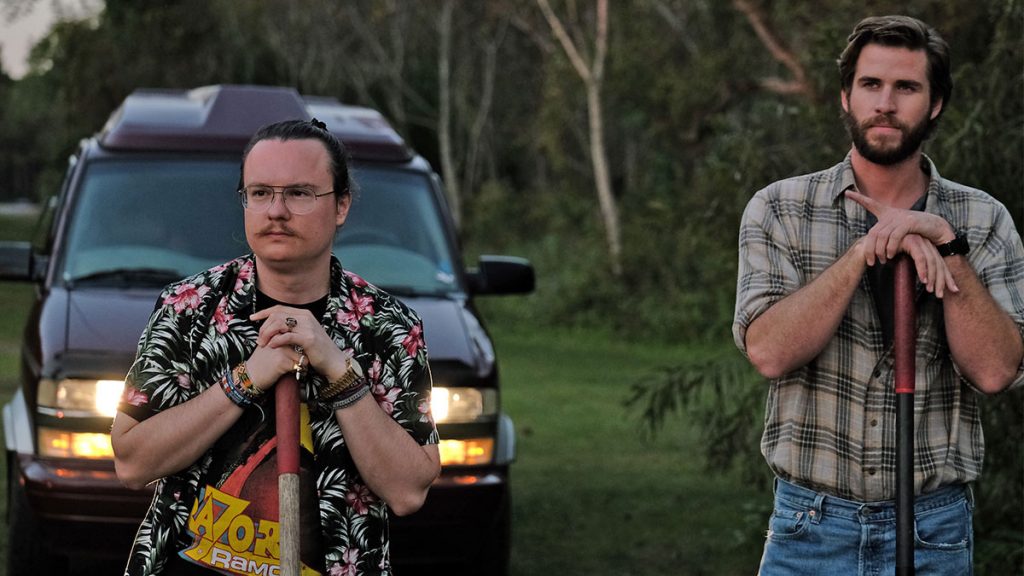 So the Titchmarsh can just leave us for all his female fans as we do all the hard graft. Great.

Having done a good job of drug-dealing in his own area, Kyle Ribb (Liam Hemsworth) is told from the powers-that-be that he’s to move to the state of Arkansas to shift product wholesale. The downside to this not-so-great promotion is that he’s also teamed up with big-mouthed youngster Swin (Duke), whom he’s never worked with before.

The pair quickly get to know each other, posing as junior park rangers, making drug-runs all over the south. Despite neither of them having met their boss, who simply goes by the nickname Frog, they work well together and get the job done.

However after one drug deal that seemingly goes to plan, it has unforeseen repercussions that suddenly put them in a very tight, bad spot. Suddenly they find themselves very vulnerable, with everyone they now come into contact with a possible threat. They would love to discuss it with their boss, but with his identity still a complete mystery to them, their predicament just goes from bad to worse. 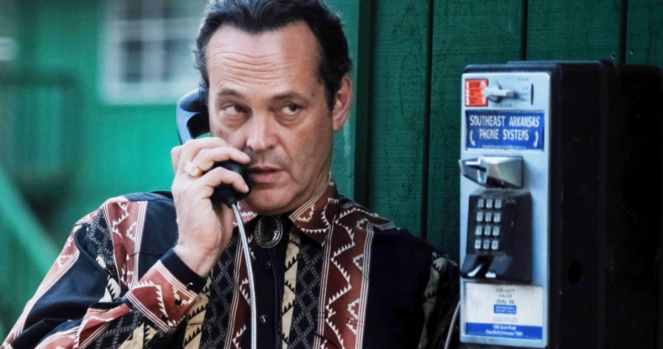 One thing is clear from Duke’s approach to directing and that’s that he wasn’t interested in an easy ride. Although his vision should be commended, his execution leaves much to be desired.

One of its most notable flaws is its dialogue, which is too cute and clever for its own good. It aims to be sharp, witty, cool and collected, but is so often delivered by all the characters involved without any sense of meaning or passion. It so badly wants to a thing of urban beauty, like the dialogue of early Tarantino, but it just tries too hard for it to succeed.

And although it has a truly talented cast, including the likes of John Malkovich, Vince Vaughn, Vivica A. Fox and Michael Kenneth Williams, the triteness of the script means that the characters delivering their dialogues comes across as just that – dialogue, with nothing natural nor believable about any of it.

This in turn makes all of the performances on the stilted side, creating a disconnect between dialogue and characters, leaving the film lacking any kind of warmth or personality. All these techniques only cement the film’s lack of cohesion.

In further attempts to give off cool vibes, Duke also includes rather dull flashbacks and breaks the film up into chapters, because you know, hip films do that.

It was certainly a risk to go as bold as he did on his debut, but ultimately one that sadly didn’t pay off.

Still, it shows potential, and Duke shouldn’t be put off, although his overzealous effort is likely to do exactly that for audiences.

However well-intentioned it must have been, and considering the top talent involved, Arkansas is liable to leave you in a state of frustration and disappointment.