Life is better with a soundtrack. Fact. It's no surprise then that everyone has become obsessed about taking their music with them, in one form or another. Once upon a time we were content with a C90 whirring inside our bulky Walkman on the go. How times have changed.

Although far from pocket-sized, the Blutune T2 from Roberts is a portable delight that will do your tunes proud.

First and foremost it is a DAB+ receiver. With its attached telescopic aerial, that seemingly extends to lightsaber proportions, you've got a great chance of picking up your favourite digital stations (this is depending on your area, naturally). If you're not clear what stations you can get in your area, you can pop your postcode for expected DAB coverage in your area on the Roberts site, which is nice. And if you want to go old school, you can whip up and down the FM at your leisure too.

Thanks to the unit being so pick up and portable, you can move it around, using its stylish leather handle, to get the best signal. And unlike its bigger brother the Stream93i, the T2 only needs 4 AA batteries to slot in the back, and not an annoying separate battery back to purchase and attach. And of course if you don't want to move it around a lot, you can also just plug it into the mains. 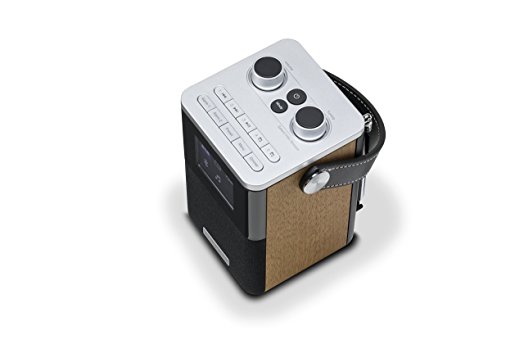 Knobs and buttons, what more can you ask from a DAB+ radio?

But what about if you want to play songs you have on your phone? Well you can, just pop on the old Bluetooth and within seconds your music is beaming out of the T2. We're not fans of streaming over Bluetooth, as the quality is always compromised, but with so many using their phones as their portable jukebox, it's great the T2 can handle it.

What's more appealing for us as music fans is its ability to playback from a connected USB stick. We have a veritable library of music on sticks, which we take to device to device, and the T2 is no exception. Handling all of the big files - MP3, AAC, FLAC and WAV - you can playback your music in a far more superior sound to that of Bluetooth, on the go.

Finally, it has an auxiliary in socket, so you can plug in any device using a aux-in 3.5mm jack plug, getting music from your iPod, MP3 player etc.

Plus, if you want it as a wakey wakey device, it allows you to set not one but two alarms, giving you that little bit more flexibility.

In fact the only thing it's possibly missing is internet radio, but that may be asking too much from such a portable delight. 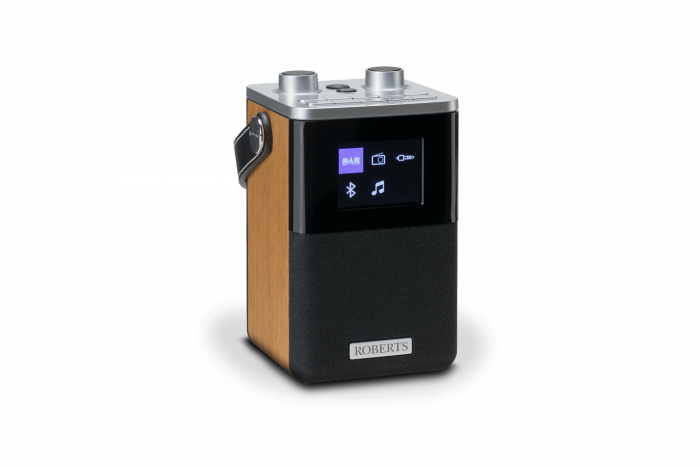 As a mono speaker device, the quality of sound is better than most, producing a rich, balanced sound, with just the right amount of treble and bass. It would have been nice if it had some kind of equaliser, so you could play with its output, but what it offers is more than adequate.

And when it's in standby mode, its screen is filled with a charming (digital) analogue clock, which just adds to the T2's overall cool,retro look.

Although it may be on the small side, the Blutune T2 is surprisingly versatile, allowing you to take more of the music you love with you. And for that alone, we love, it. You will too.