One of the most prominent genres the British film industry has consistently produced over the years is the gangster flick, with its portrayal of dodgy geezers and even dodgier behaviour.

Paying homage to that violent working class milieu that so often featured in those films is this bleak thriller, written and directed by Paul Andrew Williams. 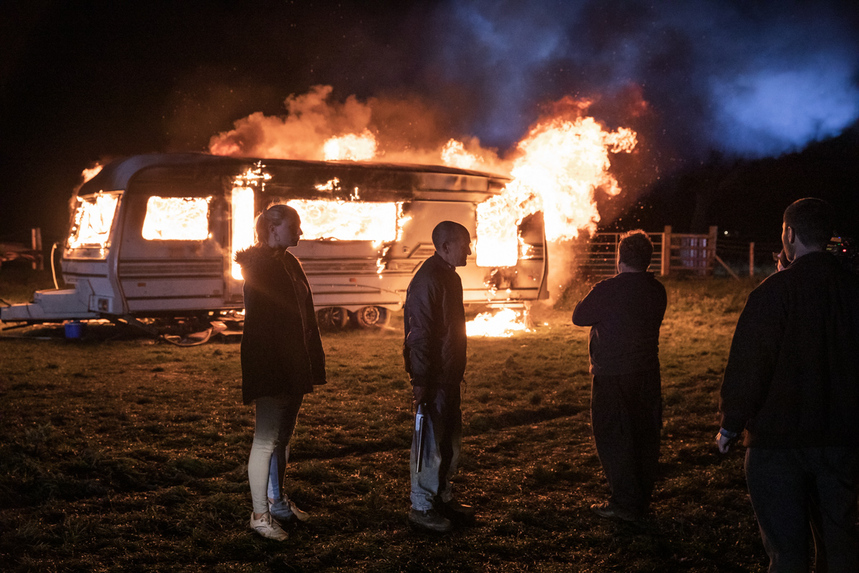 I swear I only had the chicken korma in the microwave for 20 minutes!

Living with his wife Gemma (Lois Brabin-Platt) and young son Aiden (Henri Charles) is Bull (Neil Maskell). It isn’t exactly happy families however, as things are certainly strained between himself and his wife.

This becomes more awkward with her father Norm (David Hayman) being a nasty piece of work, with a penchant for getting nasty in his line of work which is crime.

Norm decides that Bull is the reason for his daughter’s unhappiness, and decides that he and his crew teach Bull a lesson he’ll never forget.

Ten years later, Bull returns with a score to settle, as he intends to pay all those that did him wrong a visit, one by one, with Norm being the last name on his list. 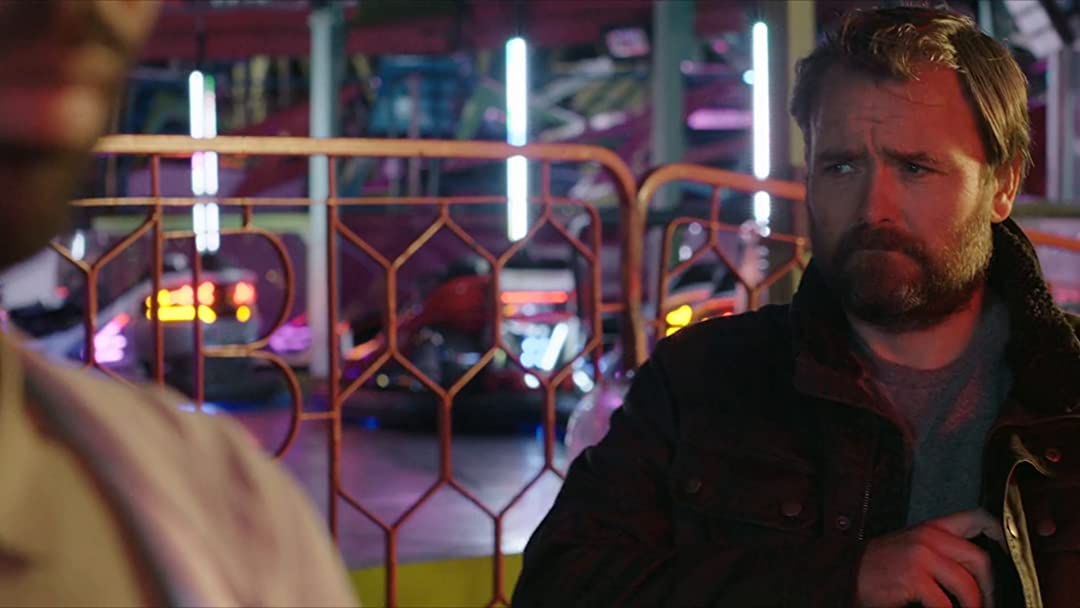 hmmm looks like someone is jumping the queue for the merry go round...

From the opening first five minutes Williams lays his bloody stall out, informing the audience of exactly what they’re letting themselves in for.

It may well be a low budget affair, but it’s a testament to the director’s skillset of how effective the film is at conveying the gruesome violence that takes place regularly throughout. It’s a pleasing throwback to the likes of The Long Good Friday, with two characters – father-in-law and Bull – whose only real means of communicating is through acts of violence. The result is deliciously violent in an old school fashion.

The film’s star Maskell has made a career of being ominous, but even he manages to take it to a whole new level with this dark role. And let’s face it, only he can still look disturbingly grumpy riding the dodgems at a fair.

It’s a standard revenge film with a curious twist, with its resolution likely to divide opinion, possibly within two camps of either embracing it, or groaning. But even if you fall into the latter group, there’s still every chance you’ll lap up all the grizzly events preceding it. As it stands, there’s nothing wrong with throwing in a curveball within a conventional plot, and this one certainly hits the mark.

Bull is a brilliantly bold pastiche of British gangster films, with a little something of its own thrown in for good measure, that makes for a gripping and unsettling ride from the off.


Read our interview with Bull star Neil Maskell, about the making of this film and more, here.