There's just no stopping some franchises and this one especially doesn't look like putting on the brakes anytime soon. Pulling up to this particular bumper is instalment number eight in the Fast & Furious series, which incidentally, was released as The Fate of the Furious in the States.

On the one hand, you would like to think that someone would say that enough is enough; after all, there's very little to tell each entry apart. But that said, no one else is doing what this franchise does, and, it has to be said, they do it pretty well.

Trying to enjoy their honeymoon in Havana are Dom (Vin Diesel) and Letty (Michelle Rodriguez). When Dom is out and about on his own, he sees a damsel in distress having trouble with her car, and decides to help her out. It turns out that the woman wasn't in any distress at all, and that it was simply a ruse to get Dom to approach her. 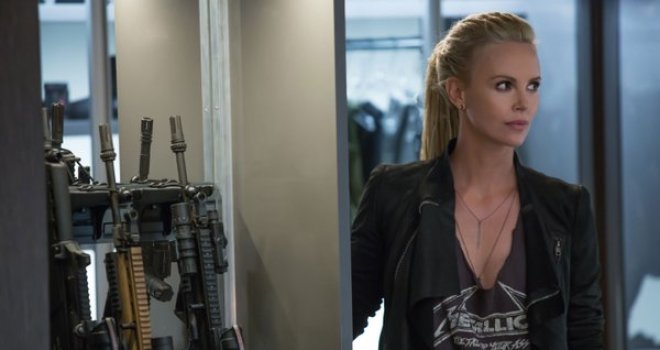 And it's in this closet that I keep the toys...

After a brief chat, it's clear that she knows quite a bit about Dom already. It transpires that her name is Cipher (Charlize Theron), and she's the world's best cyber terrorist. Although she's good at what she does, she has a plan in place that she needs some help with, and Dom is going to help out whether he likes it or not. You see she has the kind of leverage that Dom just couldn't say no too.

The problem is, her plan means that not only does he have to do something highly illegal, he's also going to have to go against his own crew to do it. He also doesn't have any way of telling Letty, Hobbs (Dwayne Johnson) or any other members of the crew, so they're just left with the fact that he's gone rogue, with no idea why.

The crew are then approached by Mr Nobody (Kurt Russell) and his protégé Little Nobody (Scott Eastwood), who are only too aware that Cipher is up to no good, and need their help to bring her down. One stumbling block is however, that they are going to have to work with an old adversary, the cocky cockney Deckard (Jason Statham). But even then is that enough to take on Cipher and Dom? 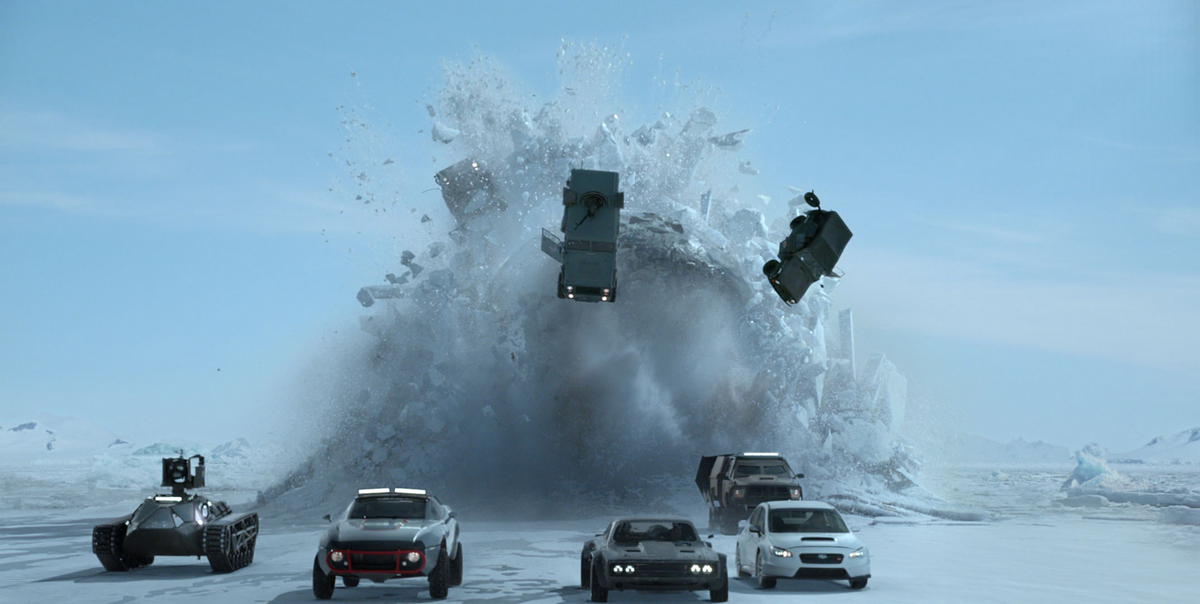 And those travelling on the M1 should watch out for a spot of ice on the road.

As you would expect from a long-running series like this one, there are very few surprises here. There are cars, they chase each other for a bit, there are some fisty cuffs, then a bit more driving and then the credits. It's a tired formula for sure, but it doesn't stop the queues at the box office. Possibly the only one surprise on offer here is that it's actually quite entertaining.

Everyone has guilty pleasures, right? Despite having highbrow tastes in cinema (don't get us started on the mise en scène of Battleship Potemkin), one of our guilty pleasures are Jason Statham films. We know, disappointing, but we just can't help ourselves. And although Statham isn't in this as much as we'd like, his appearance did make the whole experience that little bit more tolerable.

Then you have Charlize Theron. She's been carving out a decent career for herself over the years, so although her appearance in this is somewhat of a surprise (as is that of an uncredited role for a certain British Dame no less), you can understand her reason for saying yes, considering the huge popularity of the series. And to that end, she makes a pretty decent baddy to boot.

And just like our guilty pleasure for the Stath, it's understandable that the franchise as a whole could be a guilty pleasure for a whole heap of peeps. Yes it's incredibly formulaic, but there's no denying they're fun-fuelled antics make them the perfect popcorn film to sit shotgun through.

They are this generation's Cannonball Run flicks and there's nothing wrong with that.