The slasher flick has seemingly been around forever. Arguably the most popular, and possibly the first, was Hitchcock’s Psycho. But the first to champion the term has to be John Carpenter’s 1978 film Halloween.

Not only is it the daddy of them all, but it also paved the way for the Slasher franchise, which became such big business in the eighties, with characters such as Freddy, Jason and Leatherface; with the latter technically debuting earlier in 1974, it wasn’t until Michael Myers’ appearance that the bloodlust for slasher flicks became obvious.

Remarkably, Myers' arrival was forty years ago, and this anniversary is marked with a 4k restoration release. But has his horror antics managed to stand the test of time?

I can't wait for the Kindle to be invented so I can burn all these books.

In 1963, a young boy by the name of Michael Myers, inexplicably murdered his sister on Halloween. Institutionalised, he hasn’t uttered a word since. He is looked after by Dr. Sam Loomis (Donald Pleasance), who distrusts him completely.

Fifteen years later and the board of institution decide that Myers is no longer a threat, and vote to have him sent to a less secure facility. Loomis is horrified, and, quite rightly as it turns out, as Myers manages to escape.

Meanwhile, back in his home time, the locals are preparing for Halloween. High school student Laurie Strode (Jamie Lee Curtis) is babysitting, but hoping to join her friends later. Little do they know that the town’s most notorious resident, is planning a trip back home, and he’s keen to leave his mark. 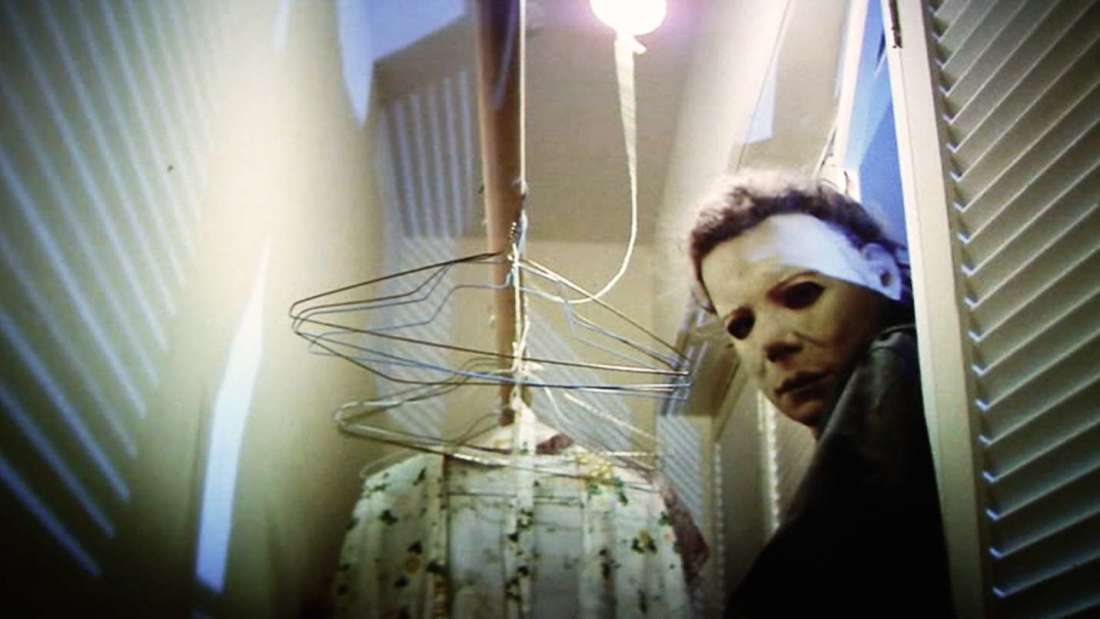 Don't you just hate not having a thing to wear?

With only two other features under his belt (1974’s Dark Star and 76’s Assault on Precinct 13), director John Carpenter was tasked with helming this horror, and he didn’t waste any time getting it made; in 10 days the script was written and in 21 days the film was shot. And for a budget of just over $300,000, it went on to make $70 million worldwide. Impressive by anyone’s standards.

This 4K UHD release however is a fitting testament to Carpenter’s skills as a director, as 40 years on, it still manages to shock. With a lot of footage shot in steadicam footage, Carpenter was not only keen to put the viewer in his killer’s shoes, but also for them to adopt the uneasy vantage point of the voyeur too.

He also not only managed to sustain a real sense of anguish and impending horror, without much to show for it - including any sight of blood – he managed to amplify the suspense by having it play out on a very ordinary suburban street.

And as if that wasn’t being cocky enough as it was, he also wrote a sublime soundtrack for the film, which is now almost synonymous with every slasher film released ever since, with just a few bars being played, sending you back to the front door mat.

As far as the restoration goes, it does struggle with the darker scenes, but this graininess only adds to the sense of watching a proper classic. It’s after viewing some of the clips from the original version that you can actually appreciate just what a good job they did with this new print.

Also included is an extra ten minutes of footage that Carpenter had to shoot for the TV version of the film, to fill a two-hour slot.

Despite its age, Halloween, somewhat remarkably, still manages to succeed as being the ultimate fright feast, with Carpenter’s technical bag of tricks, still being able to deliver the shocking treats.

The direct sequel may be stalking in the wings, ready for release, but this classic will take some slashing to beat.