There are two things that never seem to be off our screens for too long: young teens on bikes in peril (AKA the coming-of-age flick), and clowns.

In 1986, savvy horror-writing genius Stephen King, merged the two into his now classic novel It. The biggest surprise regarding this title is that, other than the two-part TV mini-series that aired in 1990, with Tim Curry starring as the crazed Pennywise, no-one else has had a stab at a big screen adaptation, until now. 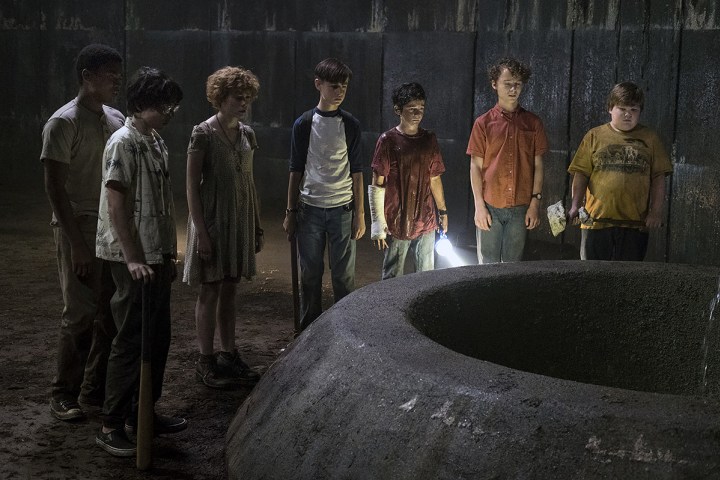 Shouldn't the guys from Stranger Things be doing this sort of thing?!

It’s the late eighties, and very little is going on in the sleepy town of Derry – not on the surface, at any rate. On one rainy day however, after Bill (Jaeden Lieberher) had made a paper boat for his younger brother, Georgie (Jackson Robert Scott) takes his home-made toy outside and enjoys the simple pleasure of watching it sail on the water running alongside the road. It was to be the last time that Bill would see his brother again.

The following year, during the summer, Bill and his friends Richie (Finn Wolfhard), Stanley (Wyatt Oleff) and Eddie (Jack Dylan Grazer), increase the ring of their friendship to include Mike (Chosen Jacobs), Ben (Jeremy Ray Taylor) and girl with a reputation Beverly (Sophia Lillis), with one thing uniting them all, they are all victims of bullying.

New kid on the block Ben has been looking into the history of Derry, and has discovered some startling facts; although they are all aware that there have been a number of missing children since Georgie’s disappearance, Ben has uncovered that Derry has six times the national average for missing children.

They decide that something must be behind all of these disappearances, and that they’ll investigate who, or what, it is. To their horror, they discover exactly what ‘it’ is – a psycho clown by the name of Pennywise (Bill Skarsgård) that is hell bent on scaring the young inhabitants of Derry to death. 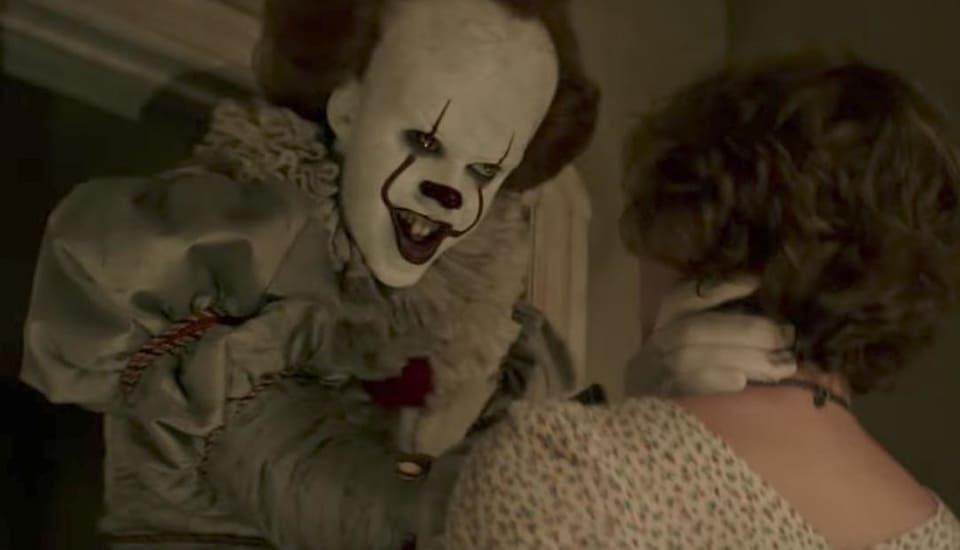 I told you before, i'm a strawberry blonde...

Despite the fact that clowns seem to be the go to characters du jour, this particular Pennywise still manages to dish up equal measures of both heebies and jeebies. Sure, it’s not difficult to make a clown creepy, but Pennywise certainly goes the extra creepy mile, which is kudos to the young Skarsgård.

And although Argentine Andy Muschietti hasn’t had much experience with directing (this is only his second feature), he largely remains faithful to the source material, as well as respectful. It could have been messed about in so many ways, in an attempt to update the book, but Muschietti is fully aware that there are enough scares on the page without having to mess around with it.

Not only is Muschietti a newbie, a lot of his young cast are too, but as is so often the case with these coming of age type films, he gets some great performances from his youngsters, to the point where it’s a close call as to who are the bigger thieves – the kids, or Pennywise – at stealing the show.

It does a swell job of hitting a high fright quota, to the point where you might not have had a fear of clowns before, but after seeing It, clowning around may well give you the creeps.