When you think of Samsung, the first of their products that springs to mind might not necessarily be headphones. And yet, as Dr Dre and his Beats empire have proven, there is profit to be made in high quality portable headphones.

Jumping on this sonic bandwagon then, are savvy Samsung and their premium Level In headphones.

If you think that the headphones you can pick up from the Pound Shop are good enough for your music needs, then it's safe to say these aren't for you.

You know it's a premium product when it takes you a while to figure out how to open the box they come in. Once youre in, there's a brightness that seeps out that's comparable to when they opened the lost ark, but thankfully without the body count. The clinical white cables with the shiny silver detailing around the headphones themselves really make a smart impression against the black in-tray they rest in. 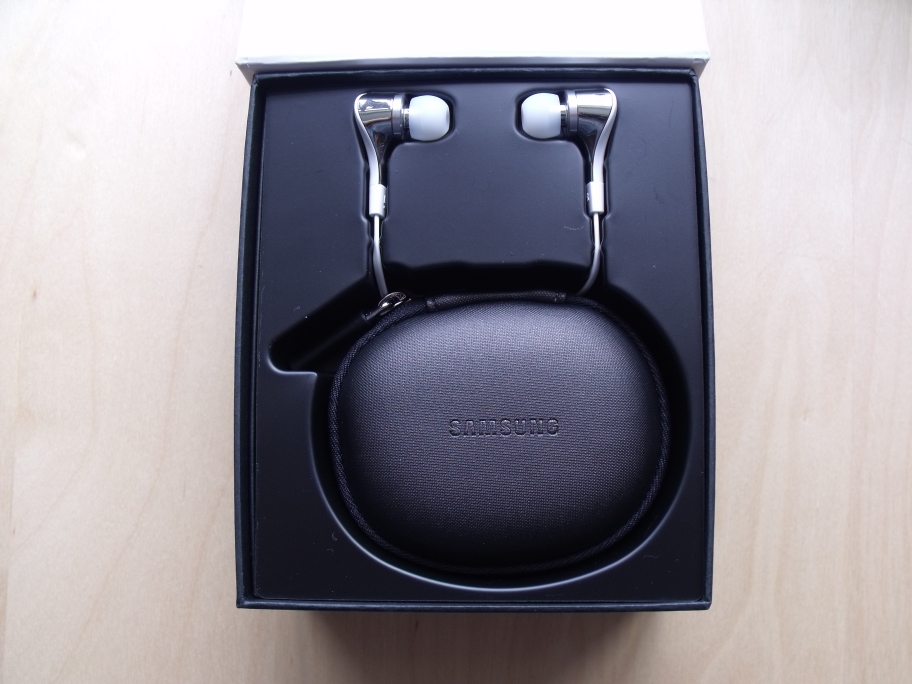 Nice box, shame about the sound.

When removed, the first thing to notice is the flatness of the cable. This is a response to the problem of tangling that often accompanies use of regular in-ear headphones: usually you pull them out of your pocket only to have what looks like a bird's nest in your hand. A flatter cable is more conducive to less tangling, apparently. And although not altogether tangle-free  if only  they probably put up less of a fight to go in your ear than headphones with the more regular rounded cable attached.

And now, the science bit.

One of the main bones of contention with in-ear headphones is the actual buds you put in your ears. It's fairly standard now to find three sets in different sizes included, to accommodate a range of lug hole sizes. What's unusual here is the addition of a further set of three; these ones, however, are a pebble grey colour and are made out of a memory foam-like material. Initially they felt like a better fit, although they still suffered from ear slippage, which is never nice. 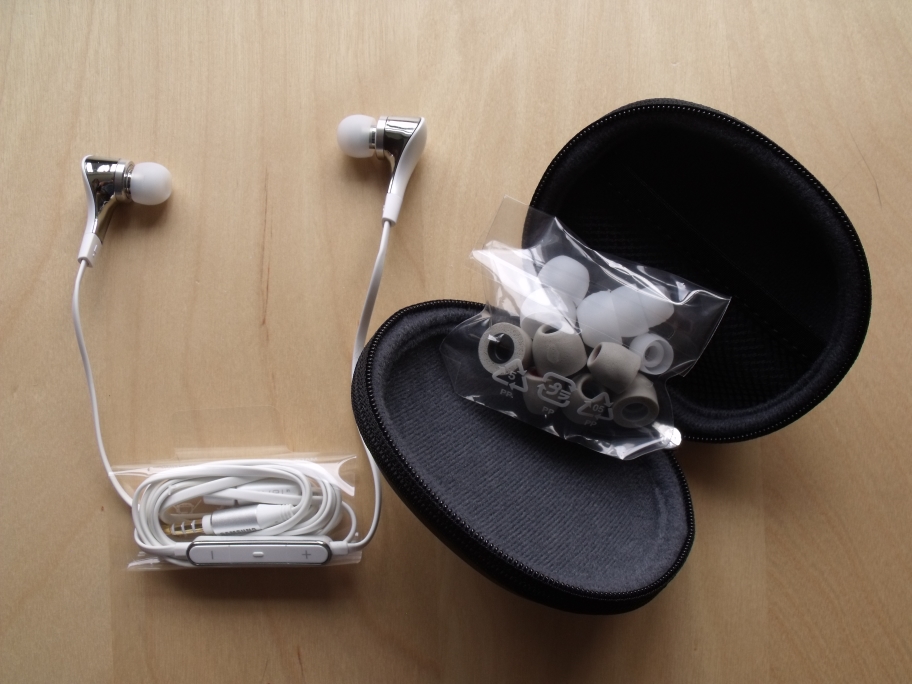 All the added extras your headphones would ever want.

After wearing them for a longer period of time, the grey buds appeared to have a secondary function; they acted like earwax magnets. When the buds were removed, there were often clumps of unsightly wax on them, which is never an attractive look. Maybe this says more about our ear hygiene than the buds themselves, but we don't think so.

But ultimately, what you really want from a headphone is great sound.

For a large amount of time reviewing them, we listened to the debut album by rock duo Royal Blood. This pair know how to make a noise, with nothing more than a guitar and set of drums between them.

We were completely blown away by the album, less so, sadly, by the headphones. Don't get us wrong, they offered a competent sound experience  bass was heavy without being too intrusive, whilst the mid and treble ranges went about their business in an orderly fashion.

The thing is, priced at over £100, these Level In EO-IG900 headphones are aimed at the premium end of the market. But despite the price tag, they just don't deliver premium sound. We compared them to a pair of regular Sony in-ear headphones  worth about £20  and the experience was fairly even, sadly.

It does benefit  sort of  from having a built in remote control and mic, but these can only be used in conjunction with other Samsung handheld devices like the Galaxy S2. And even if you don't own one of these, you still have to put up with it dangling four inches from the right headphone all the time, which is a little on the intrusive side.

If Samsung truly wanted these to be seen as premium then at the very least, a far more comfortable means of keeping the headphones in your ear would have gone a long way  like those that can be found on the Bose IE2, for instance.

If you want headphones that deliver an exceptional sound experience, these Level In headphones would be quite some way down on our list. When they're reduced by at least half the price however  and you have compatible Samsung tech  then they'll be a little closer to music to your ears.