Ever since the release of 2004’s Saw, the name James Wan has been associated with horror. The Malaysian-born Australian director, producer and screenwriter has been busy with a number of franchises, including Saw, Insidious and The Conjuring, all with the intent of giving audiences the heebie jeebies.

This latest, which he has directed and co-written, is a new story that he no doubt hopes he can spin out into another franchise. We can only pray that he doesn’t. 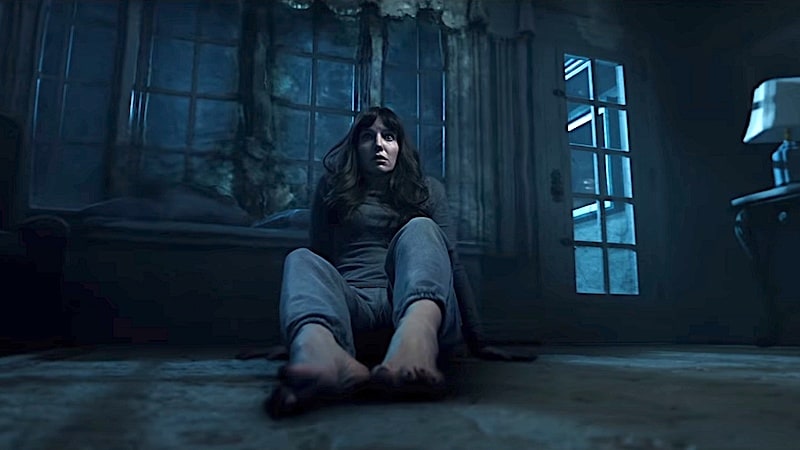 I can't beleive I have to wait another 3 months until the sofa arrives.

1993, and the staff of the Simion Research Hospital are struggling with an extremely dangerous patient known as Gabriel. He is displaying some special powers that none of the staff can cope with, which results in a number of deaths.

Fast forward to present day and Madison Mitchell (Annabelle Wallis), after being physically attacked by her husband, begins to have graphic visions of brutal murders, only to later discover that these murders are actually happening in real life.

It appears that Madison’s visions and Gabriel’s murder spree are linked somehow, but is there anything that Madison or the police who are now involved, can do to stop him? 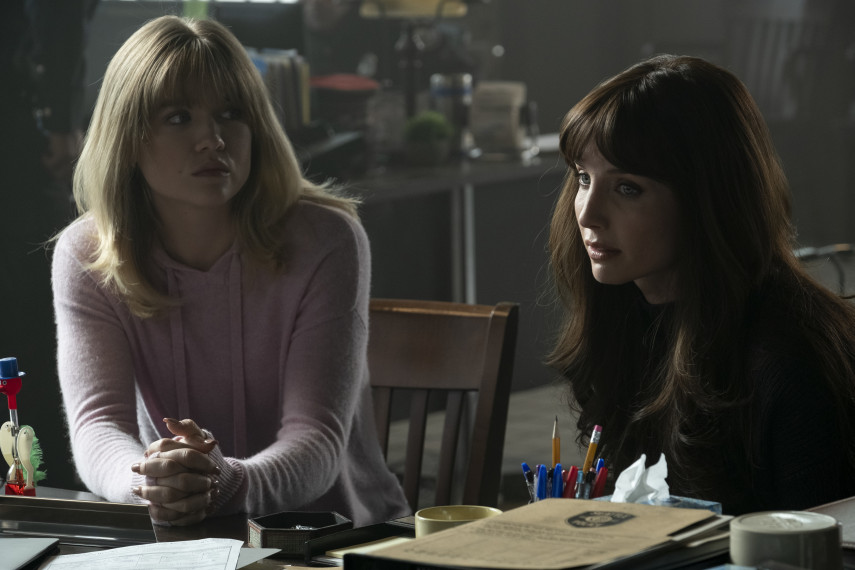 So he said to me "you know what? you could win an Oscar for this, you're that good".

When you’re a creative with a proven track record, as Wan is, there is a very real possibility of spreading yourself out just a little too thin. Not only does he have his usual horror stuff to keep him occupied, he’s also now involved with the Fast & Furious franchise, as well as the DCU with his mitts also on the Aquaman films.

With all these various projects on the go, something has to give, and it was most certainly this. It is without doubt a truly awful film. It is so bad that it will no doubt become a cult classic, but let there be no mistake, this is an embarrassment of epic proportions to the horror genre.

Wan, who has shown the ability to spin a decent edgy yarn, appears to have suffered professional amnesia, by producing a premise that is just dumb. It has the air of a first thought about it, one that would usually be quickly dismissed, but has somehow got the green light by the use of dark magic. It does have a retro, early eighties energy, but goes so far past homage to actually believing that it has something original and scary to offer. And it really doesn’t.

Reinforcing its flimsy credentials are some appalling acting; English actress Wallis should be utterly embarrassed and ashamed of her performance; she is so incredibly bad that if the Golden Raspberries have a lifetime achievement award, her role in this film alone is enough to deserve it. It doesn’t show Wan in a good light either, as surely he was aware of what Wallis was doing in front of his camera. Perhaps there’s an argument for the film being some kind of pastiche of classic horror films of old, but that’s just a cop out, as there’s nothing here that looks like it should have been deliberate, and the film is nowhere near as clever as it needs to be to be able to use that as a defence.

Perhaps Wan needs to slow down a bit, focus on projects that mean something to him, instead of churning out a lazy, pointless effort like this, which has no merits whatsoever. There is absolutely nothing to see here, and to think he thought that there was, is also troubling.

Horror is a genre that has wide-spreading, disturbing arms, ready to embrace all kinds of attempts at scaring audiences, but this film deserves nothing more than a slammed door in its face with a sign on it reading ‘Do not enter’. Yes it really is that bad.