As religious fads go, marriage has done pretty well to be accepted into the mainstream. This is peculiar considering the current odds, with up to 50% of marriages in the US, ending in divorce.

Perhaps it’s that optimistic romanticism in those getting wed, believing that their love more than any others, can conquer all. Next thing they know, they’re signing half their belongings away and working out visiting rights for when they can next see the pet poodle.

For director Noah Baumbach’s latest, he painfully focuses on the end of one couple’s marriage, struggling with the disintegration of their relationship, whilst still attempting to stay a family. 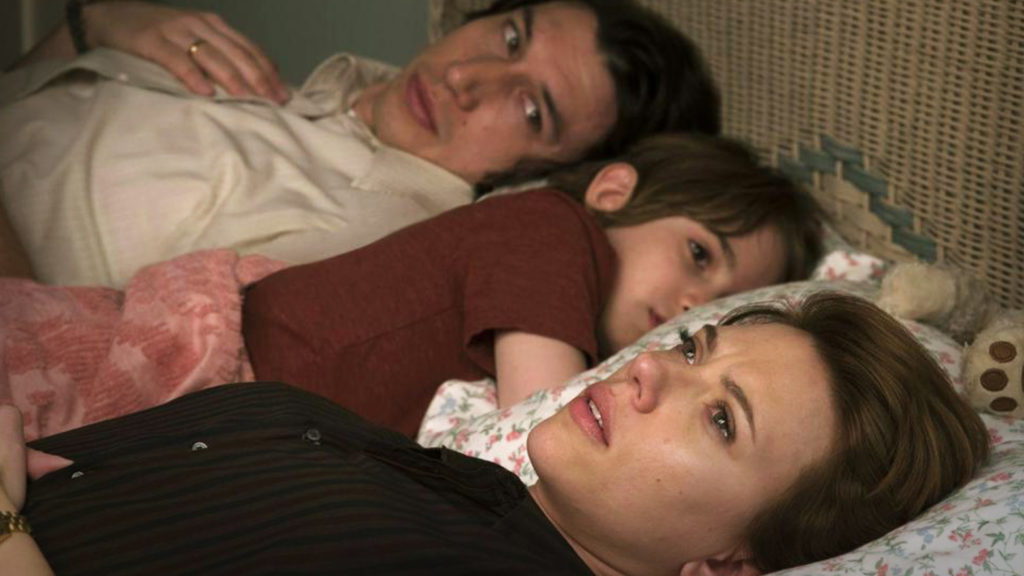 I have to ask, are you aware of this small person in bed with us?

If ever there was a hip, New York couple it would be Nicole (Scarlett Johansson) and Charlie (Adam Driver). Nicole is an actress who turned down the opportunity to become a big screen star in her home of LA, in favour of hooking up with theatre director Charlie.

They’ve spent a number of years now working together on stage productions, as well as raising their eight-year-old son Henry (Azhy Robertson). But for Nicole, it feels like the relationship has run its course, especially after learning that Charlie has had an affair.

But because they are chilled and respectful of one another, they agree that they should divorce with as little fuss as possible, keeping it low key and just between the two of them. And then Nicole gets a part in a pilot for a TV show, and flies out to LA, where she is introduced to a lawyer, Nora (Laura Dern). This changes everything.

It’s not long before they are both embroiled in messy legalities, as the highly expensive law teams attempt to divide all their worldly possessions, with each side trying to grab as much as possible for their client.

Now with the lawyers in the picture, the amicable atmosphere that both seemingly agreed appeared is very much a thing of the past. 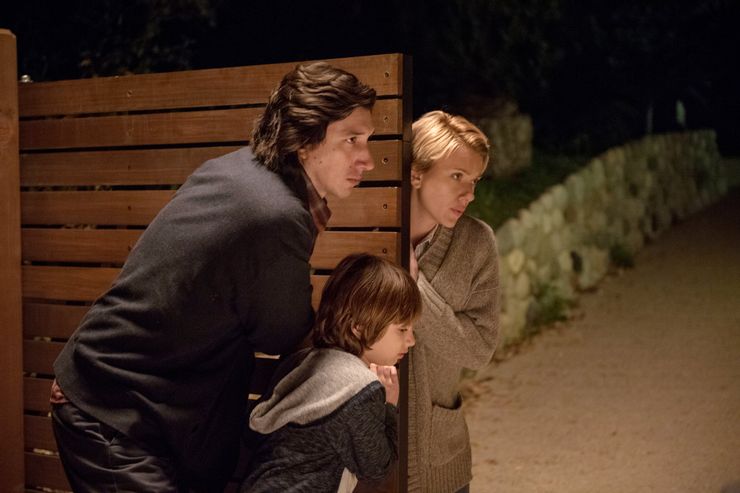 It was clear to one and all that Trump's obsession for walls was going too far.

It’s fair to say that up until this point New Yorker Baumbach’s career has been very much about being a darling of the indie circuit. Certainly with the media weight that Netflix has given him with this release however, the director has achieved unprecedented levels of exposure. You may be able to take Baumbach from the indie, but you can’t take the indie out of Baumbach.

Marriage Story is a bloated, exhausting watch, that attempts an impossible feat – to make an audience care about a white, middle class couple breaking up. The truth is, Baumbach doesn’t even come close to achieving that. The script, which he also wrote, endeavours to convey that despite their cool media jobs, and living in a hip part of NYC, Nicole and Charlie’s emotional trauma from separation is as valid as anyone else’s. It’s not. And to rub salt into the wound, Baumbach inflicts this drawn out, tedious process for nearly two hours and twenty minutes. Two his credit, it feels far longer. So much that it feels as if you could meet someone special, hook-up, hang-out, move in together, meet each other’s folks, have a wild week in Ibiza, and then realise that you’re really not into each other, and the film still not have hit the final reel.

Imagine a Woody Allen film, almost twice as long, and have all the joy and charm thoroughly drained out of it, leaving a damp, cold husk – that would be Marriage Story.

There a few brief moments of signs of life – one scene shared by both Johansson and Driver in a hotel room, and the other where Driver is fortunate enough to enjoy an embrace from legend Alan Alda – where there is a palpable show of emotion, but they are all too fleeting.

The film also feels somewhat skewered towards the male protagonist’s point of view, which offers Driver some of the best scenes to steal from Johansson, whose performance is no more than perfunctory. And even though it’s made clear that the couple have reached this stage in no small part to Charlie cheating, it’s Nicole who comes across as the money-grabber with one eye on resurrecting her Hollywood career.

Despite the challenge of portraying a white, middle class couple in a favourable light, Baumbach does himself no favours in writing a script as dry as a box of Ritz crackers. It also displays the same amount of emotional depth as Melania Trump.

It may appeal to a certain audience, made up primarily of white, middle-classed couples who can empathise with the emotional upheaval moving from New York to LA can have during a break-up, but to everyone else Marriage Story is the cinematic definition of white privilege on every level.