We’ve said it before here, and we’ll say it again, nostalgia is overrated. The idea of looking back at how great things were then to how presumably shitty they are now just isn’t that productive.

This film however, gives nostalgia a wee twist, by allowing those who use the high tech equipment involved, to go back in time and experience events in their past life. 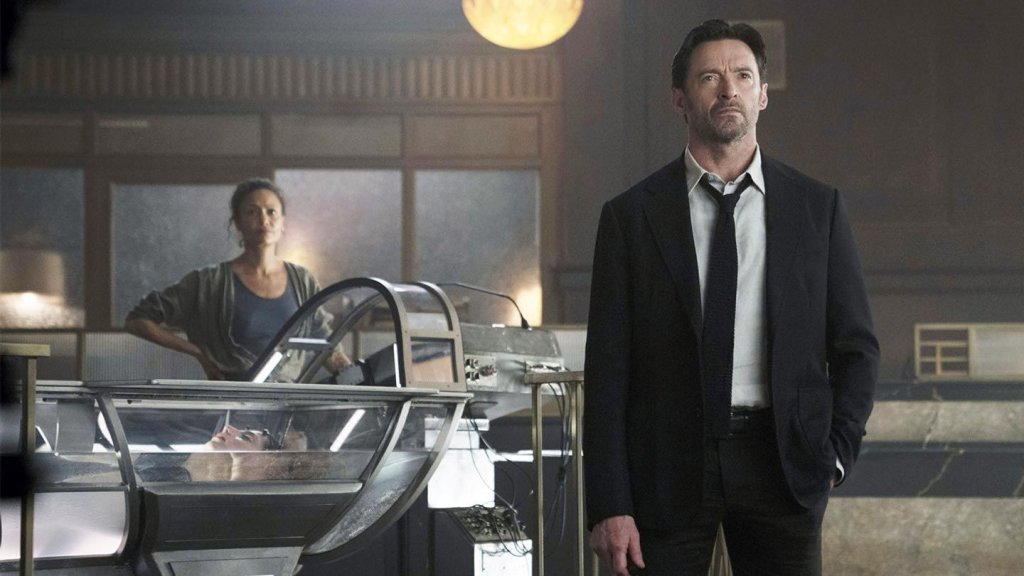 There's the problem right there: the leg bone isn't connected to the knee bone.

As predicted, the future has gotten quite soggy in places, and Miami is now under a fair amount of water. Working there is Nick (Hugh Jackman) a private detective of the mind, and his friend Watts (Thandiwe Newton) who run a business that allows its customers to go back in time and relive moments in their past.

One day a beautiful woman, Mae (Rebecca Ferguson), waltzes in just as they’re about to close up. She needs their help; she’s locked out of her apartment, and can’t remember where she left her keys. Nick takes pity on her, although no doubt helped by her striking physical appearance, and puts her in the machine.

The thing is, it’s not just the customer who can see their past, but Nick too, who becomes entranced watching Mae, who it transpires is a singer in a night club. Nick falls hard for her, and they end up becoming a couple, only for Mae to disappear a few months down the line.

Nick, using his skills as a detective, and the impressive machinery at his disposal, decides to us the machine himself to access his own memories, in an attempt to find out more about Mae. But the deeper he goes, the more he discovers about the woman he loves and her troubled past. 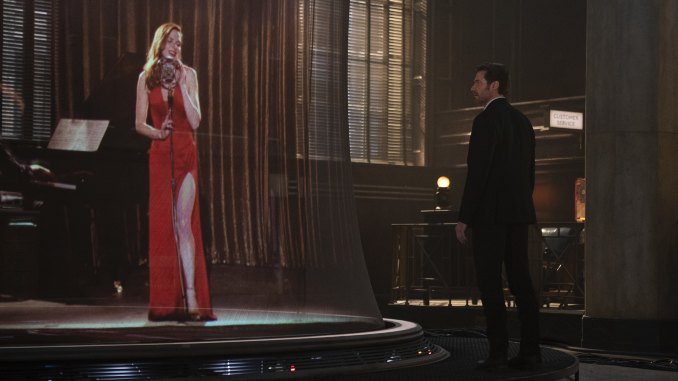 So seriously, your name really is Jessica Rabbit?

There seems to be a common theme for all these films that involve accessing the brain, and that’s the use of a water tank. Somewhere it appears to have become some kind of cinematic law that if a protagonist is going to have their mind fiddled with, they need to be popped into a tank of water, presumably at a comfy room temperature, as well as the nodule helmet for the old noggin.

It’s just a gimmick though for director Lisa Joy, who also write the script, to produce a post-modern film noir. It has the voice over narrative, the femme fatale, the night time setting with neon lights – the works. Perhaps it’s a little too familiar; it’s a strong mix of The Maltese Falcon and Chinatown, just using a futuristic setting.

Not terribly original then, but not a bad attempt for her directorial debut. Visually it’s impressive, giving Miami a feel of Venice at times, which certainly adds to the atmosphere.

It’s also a little on the dry side, despite its watery setting, and the story gets unnecessarily clunky towards the end. And although it’s unlikely to be fondly remembered itself, it’s good to see that its source material of film noir hasn’t been forgotten.