So the bad news is, it looks like the musical is back. With the Mamma Mia! films doing the leg work, Bohemian Rhapsody, came in like a fandango possessed, setting new records for a biographical film as it did so, as well as four Oscars for its trouble.

Now it just makes sense that if you were planning a music bio, getting someone who was involved with Bohemian Rhapsody, wouldn’t be the worst decision ever made. Enter stage left Brit Dexter Fletcher, who stepped in to complete the Queen biopic, when original director Bryan Singer was pushed out.

So now, without a shadow of a doubt, he can tell everybody, this is film. And what a film it is. 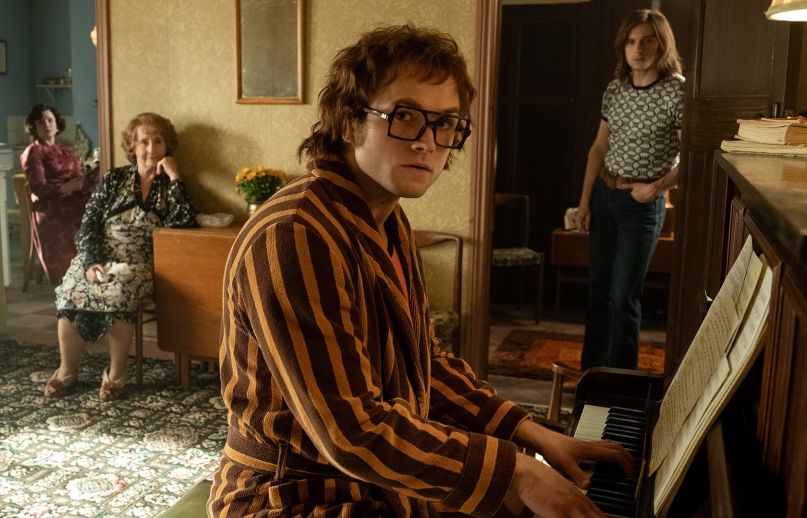 So if they don't buy me as Elton, I can say that i was actually Eric Morecambe instead.

For someone famed for making entrances, no one should have been surprised by the flamboyant arrival of a certain Elton John (Taron Egerton), even if it were for only an AA meeting.

It’s here that the global superstar finally comes clean about his addictions, after years of suffering from them.

He uses this forum to also tell his story; from growing up almost invisible in his family home in Pinner, to meeting lyricist Bernie Taupin (Jamie bell), to taking America by storm. But as the location he currently occupies intimates, his rise to fame was fuelled by all manner of addictions. 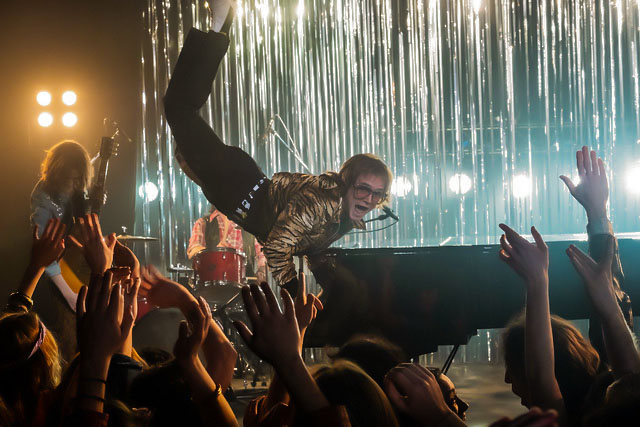 I don't know why you're all clapping, the piano's eating me!!!

After bringing Freddie Mercury’s story to the big screen, you can see how the natural next step would be to do the same for Sir Elton’s.

Not only has he, alongside Taupin, produced some of the most memorable songs of their generation, John developed an outrageous personality on and off stage over the years, truly making him the perfect candidate for such a biopic.

Fletcher proves that the work he did on BoRhap was no fluke, as he produces a highly entertaining show from beginning to end. And although Egerton wouldn’t necessarily be the first actor that would spring to mind to play Elton John, Fletcher, clearly aware of the talent at his disposal after filming the heart-warming Eddie the Eagle with Egerton in the lead role, was well aware what this young talent would bring to the role.

It’s fair to say that the heartbeat of this film belongs to Egerton: his is not an impersonation of the music legend; it is a subtle, nuanced portrayal that, more often than not, reveals the vulnerability constantly lurking within the performer. You may not see the Rocketman in him within the early stages of the film, but by at least halfway, that’s all you can see, as well as hear, as he was also brave enough to use his own voice for the many numbers he has to sing throughout too.

It does feel like Fletcher runs out of steam by the film’s end, with its conclusion feeling a tad unsatisfying – not helped by the slides used featuring Sir John, filling in the blanks of his career of the last...twenty years! – but doesn’t prevent the overall experience from being such an upbeat, joyous occasion.

Rocketman is a must-see celebration of the fascinating, glamorous life of one world’s greatest entertainers, who, after everything he’s gone through and, admittedly put himself through, is somehow, remarkably, still standing.