Having done such a swell job with their first gig, with a budget of $75 million and making a standing ovation worthy box office return of over $630 million, no wonder Buster Moon and the rest of the cast were eager to tread the boards again for this musical sequel.

British writer/director Garth Jennings is back for more, in what has to be said is an all too familiar plot, which finds the animal gang having to put on a show. 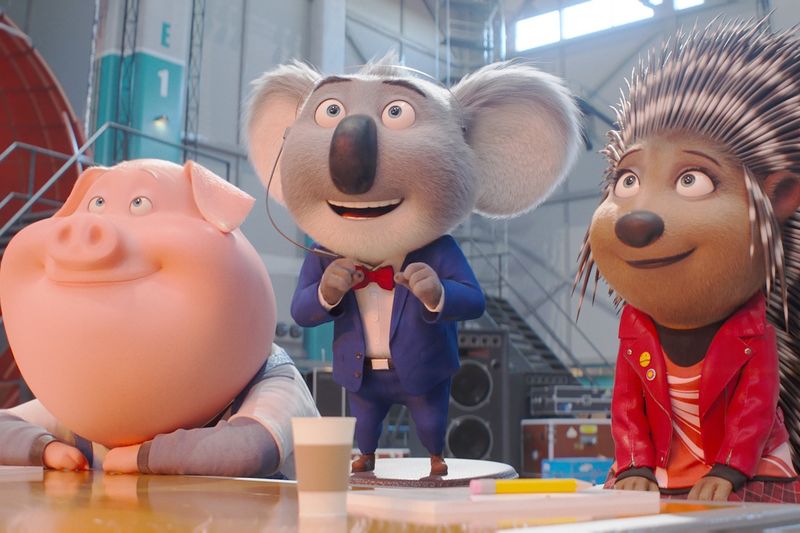 It's remarkable when they take their human masks off to reveal the actual animal underneath!

With the theatre now back to looking its best, Buster Moon productions can now be in full swing, with the whole gang back together again. But Buster (Matthew McConaughey) has bigger plans for the troupe; a theatre scout for theatre impresario Jimmy Crystal (Bobby Cannavale) is in the house, looking for a new show to put on at his popular resort.

Buster and his team give it all they’ve got, but the scout isn’t impressed and moves on. Buster isn’t one to let one ‘no’ get in his way however, as he decides that if they are going to get the gig, they’re going to have to audition in front of Crystal themselves.

But Crystal is no pushover, and is ruthless when it comes to auditions. Can Buster put on a show that will blow him away? 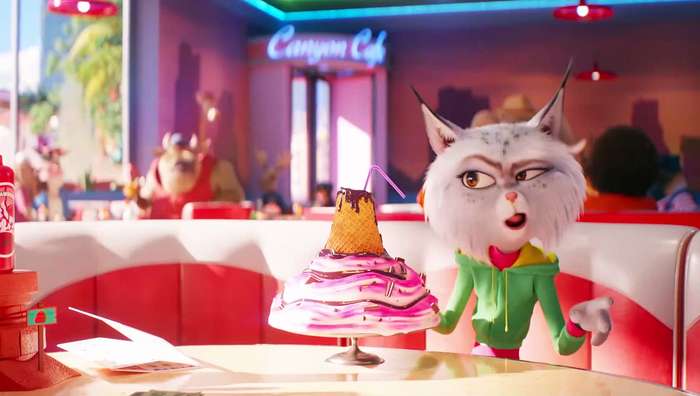 I said I'll have what she's having!

It’s time to play the music, it’s time to light the lights, it’s time to meet the Muppets in the – oh, wait, that’s not right, is it? So the first film, featuring a band of talking/singing animals putting on a show against the odds is a direct homage/rip-off of The Muppet Show, what of it? Get over it.

Writer and director Jennings has cleverly decided to adhere to the adage ‘well if it ain’t broke...’ by repeating this formula for the sequel. Exactly. Actually that isn’t quite fair; this time he includes a premise where German pig Gunter comes up with the wholly ‘original’ idea of a galactic pig musical extravaganza, or to put it another way, pigs in space, if you will, which has never been done before...How Kermit hasn’t been onto his lawyers by now beggars belief, with Jennings blatantly ripping off the Muppets in not one film but two. He’s got some animated balls, that’s for sure. Even his lead character, Koala Buster Moon, is just an antipodean version of Kermit himself, albeit with a Deep South accent.

And then there’s the music. As these animated films that feature fluffy animals tend to attract a younger audience it’s curious that much of the soundtrack is made up of a grand-dad’s playlist, including tracks such as 1984’s “Let’s Go Crazy” by Prince, 1986’s “Higher Love” by Stevie Winwood and 1973’s “Goodbye Yellow Brick Road” by Elton John. Now that’s a contemporary soundtrack that will definitely get the kids jumping and reaching for their Walkmans.

Of course there are a few more modern tracks, but unfortunately that includes a version of Taron Egerton doing a version of Coldplay’s “A Sky Full of Stars” and no one wants to hear that.

So it’s not terribly original. At all. Again. And the soundtrack is all over the place. So it’s just as well that the animation is simply stunning; there are scenes where there is so much going on, in so much intricate detail, that you have to tip your hat to the animators, who are clearly on top of their game, and showing the likes of Pixar that they don’t have the monopoly on good looking animated features. Original story telling is another matter however.

And Jennings himself is a veritable enigma. His debut directorial feature was the sublime screen adaption of The Hitchhiker’s Guide to the Galaxy in 2005, followed by the charming family film Son of Rambow in 2007. He then didn’t direct another feature until 2016’s original Sing followed up by this sequel. Considering the creative flair he showed in just those two first films alone, he looked set for far bigger and better things. And yet that just hasn’t happened. It also seems curious that he’s made the move over to animation from live-action, which just feels odd.

To all intent and purposes this is a Muppet film without the Muppets. Just as the first film was. If you have no loyalty towards Kermit and the gang (and if that’s the case, you should have a very strong word with yourself in the mirror), then this sequel has enough elements to entertain. And as mentioned before, it’s worth the price of admission alone for some really impressive animation.

But as far as lack of originality where the story is concerned, and a soundtrack that was possibly recorded on vinyl, this lazy sequel isn’t worth making a song and dance over.