Have you ever had one of those days? Of course you have; it’s the kind of day that, despite all your efforts, is just simply unwilling to behave itself. It’s one and only saving grace is that it will eventually end, and you’d have to be pretty darn unlucky for it to leak into the next.

This film, by writer and director Andrew Bujalski, centres on the manager of a bar, having just one such day. 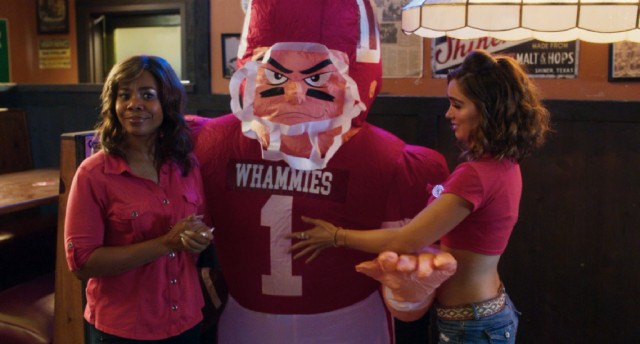 He reminds me of an old boyfriend - very touchy feely.

Welcome to Double Whammies – sports bar and curves. Managing all things beer and boob related is manager Lisa (Regina Hall). Although she has an almost daily automatic sunny disposition, the day has not started well for her personally. Still, she’s professional enough to suck it up and attempts not to let it affect her. Little does she know however, is how testing the day ahead will be.

Not only does she have to contend with a bunch of wannabe servers who have arrived to be interviewed, the TVs have all decided to not work - which is unfortunate for a sports bar with a big fight being televised that night. She’s also trying to deal with some personal issues her skimpily-dressed staff are going through, as well as trying to work out what the hell that noise is in the ceiling.

As the day progresses however, it looks more and more likely that it’s going to be one that’s just that bit too unwieldy for Lisa to get a grip on. 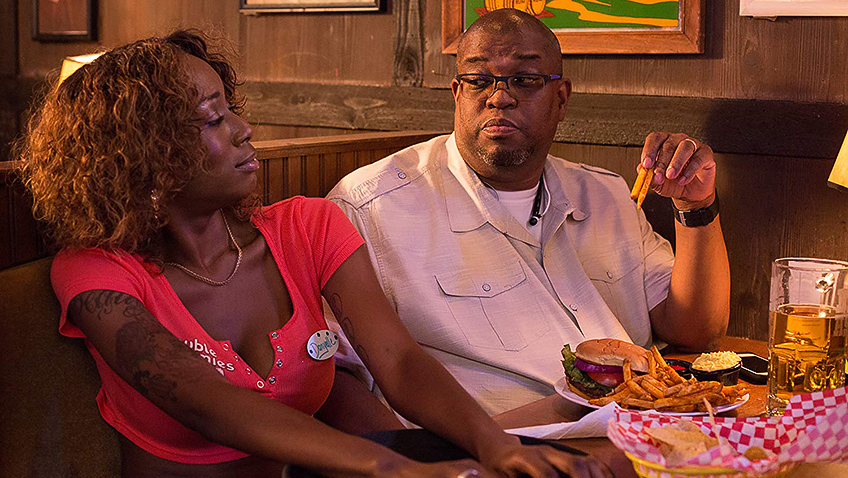 If you attempt to steal a chip, I will break every bone in your body.

The majority of this film takes place within the bar itself; it’s a bit like Cheers, if Diane were to serve drinks with her cleavage on display. It’s the kind of establishment where looking is acceptable, but touching isn’t, understandably.

The film is brimming with strong women, with Regina Hall’s character Lisa at the heart of it. And even though she’s having a bad day, you know that it will never get the better of her, however many curve balls it throws her way.

The only thing polished about Bujalski’s film are possibly the beer glasses. Everything else, from the script, the direction and the performances, are all a little rough around the edges, but endearingly so.

For the most part, the servers are portrayed a little on the two dimensional side. More of their back stories would certainly have given the film some added colour, and would have made the bond between them more believable. Hall is the glue that holds them all together, which is ironic when you consider that she is becoming more unglued as the day goes on. Shown with full armour on throughout, a glimpse of a crack or two would have certainly helped humanise her more.

It should still be applauded however, even if it’s for the simple fact of being a film made up not only primarily of women, but relatively unknown ones at that. It also helps that it has a sunny warmth and charm about it, and considering the locale, isn’t nearly as grubby as it could have been.

It has a lot of front, there’s no getting away from that, but a bit more heart and soul wouldn’t have gone amiss.

***Fancy winning this film on DVD + a T-shirt? ? Then you should enter our competition! For your chance to win, Click here to enter.***