This may come a shock to some of you, but there was a time when TV only ‘streamed’ through TV aerials. There was also no such thing as a dedicated children’s channel, and if you wanted to turn your TV over to another channel, you had to get off your backside and physically do so on your TV set. Truly dark days indeed.

There were moments of light however, albeit fleetingly brief. During the summer months during the seventies and eighties, the BBC dedicated its morning weekday slot to kids TV. Here they would broadcast a real mish-mash of material, from classic TV shows such as Flash Gordon and The Adventures of Robinson Crusoe, as well as the likes of Why Don’t You? and The Monkees.

Nestled neatly into the schedule was the colourful The Banana Splits . A variety show that mixed live action segments with a number of cartoons. The live action sections where presented by Fleegle, Snorky, Drooper and Bingo, larger than life costumed characters that lived for music and silliness in equal measure. If you watched it regularly, you will be all too familiar with its über catchy theme tune, which may well be the original ear worm.

It actually only run for two years Stateside, but it feels it certainly had its fair share of repeats here in the UK. So much so that these much-loved, albeit slightly frightening characters, have lived long in the memory. And now they’re back, but not quite as you may remember. 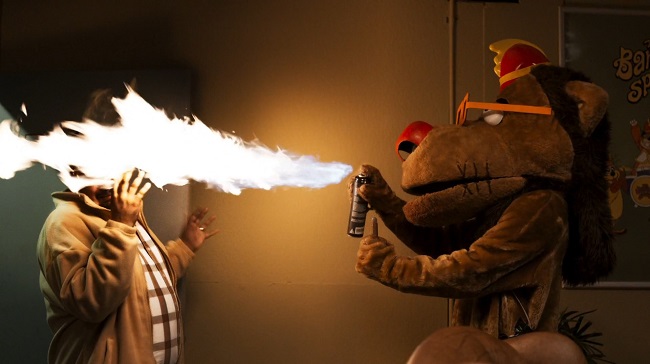 I just thought it was time to move on from cream pies.

It’s young Harley’s (Finlay Wojtak-Hissong) birthday and his mum Beth (Dani Kind), has organised a really special treat for him; they’re going to a recording of his favourite TV show - The Banana Splits.

It may be a great day for him, particularly as his step-brother Austin (Romea Carere) has managed to blag them meet and greets after, but the Splits have had better days. The show’s producer is told they’re canned, and today will be their last show. To say the Splits are miffed is an understatement; they decide that if this is to be their last show, they’re going to make it a memorable one. 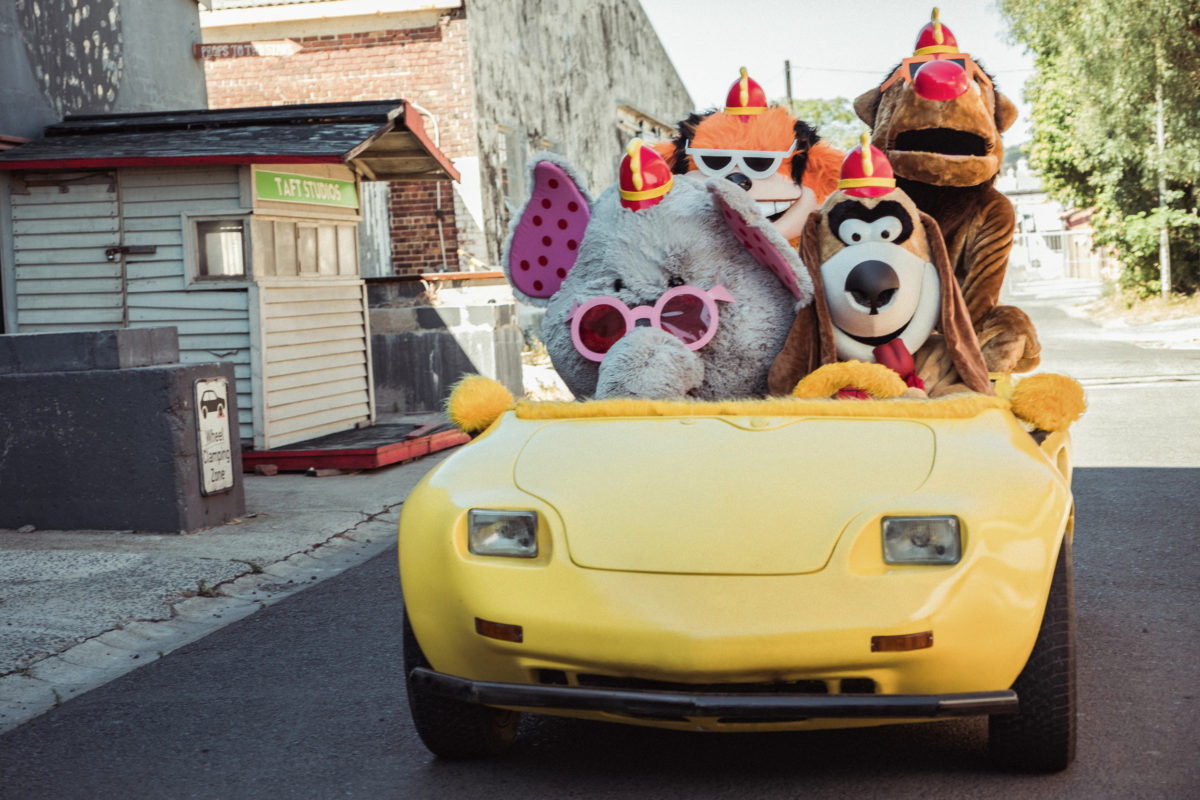 And no-one gave us credit for inventing the electric car.

This is a remarkable film, in one sense at least, in that Hanna-Barbera agreed to allow it to happen. All the characters used are those that featured in the original show, and they’ve been allowed to be portrayed as vicious killers. It would be like Cosgrove Hall Films allowing Postman Pat to be turned into a serial killer, with his sidekick cat a demonic cannibal, wiping out the local village on a whimsical killing spree. It just feels a little unsettling to say the least.

Obviously the ideas of toys and dolls coming to life for horrific purposes is not a new one, as the Chucky, Annabelle and Toy Story flicks illustrate. But using existing characters is somewhat unusual.

Of course it’s only unnerving if you’re of a certain age that grew up with these characters; nostalgia, as bleak as it might be here, is still a major draw. And to be fair, it’s the only pull this film has, as it struggles to deliver on the horror front.

Canadian Director Danishka Esterhazy does well in creating a claustrophobic setting, but lacks any subtlety in the ability to thrill and disturb. The editing is on the slow side, and she doesn’t help her cause by making it blatantly obvious who the victims are going to be. There is also some very special acting going on here too, and that’s not including the guys in the costumes.

There’s a nucleus of an idea here, that of a fondly remembered character from childhood returning to cause mayhem, but just like the majority of the dispatching scenes, it was let down by poor execution.

This re-union of sorts then has to be deemed disturbing, and for all the wrong reasons.