With the ability to shoot video on phones, there was an expectation to see an avalanche of new talent seep through the old guard of Hollywood. Even with YouTube, where anyone could upload their efforts, this route to the commercial film market has been remarkably quiet.

Another route however, that of crowd-sourcing, has proved far more popular.

This project, by director, writer and star Jim Cummings, started life in 2016 as a short, before developing into this full length feature, thanks to contributions on Kickstarter. It is the perfect example of what can be created by alternative means and still brought to market. 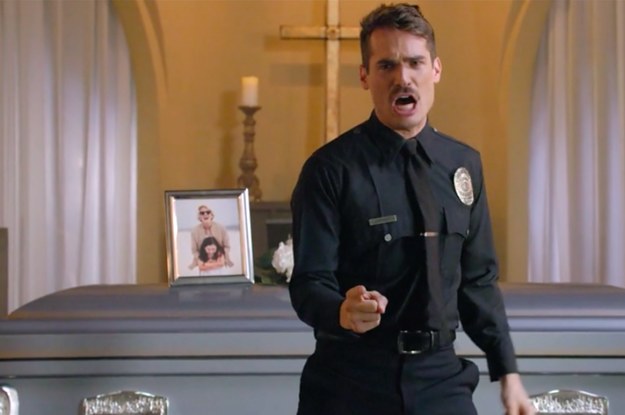 I've told you a thousand times before, i'm not ready to get in the box!

Funerals are never really a good day for anyone, especially for those being buried, but Jim (Cummings) in particular, is struggling. It’s only a small gathering attending the burial of his mother, but the pressure is taking its toll.

So much so that the day’s event acts as a catalyst for his life in general to snowball out of control. Slowly but surely his life begins to fray at the edges, to the point where he clearly becomes overwhelmed by all that’s taking place around him, with little in the way of a reply to it all. 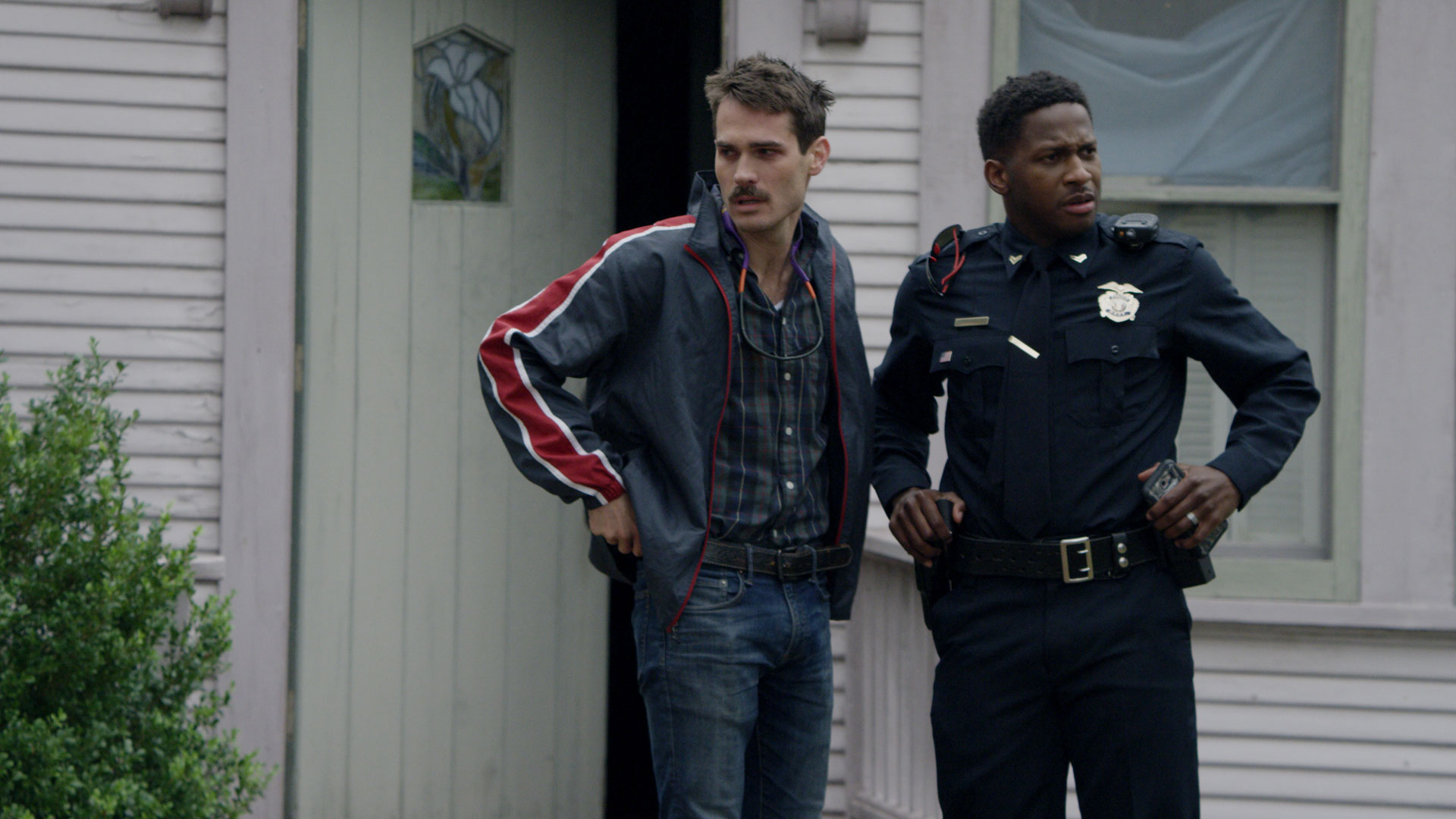 I can't believe someone stole my entire family. One minute they were there, the next...

You will know within ten minutes of watching Cummings’ film whether it’s for you or not. The opening scene features Jim at the funeral of his mother, in his full police uniform, having what can only be considered a concentrated breakdown. It is remarkably both moving and funny, with a heavy accent on awkward.

It is this delicate balancing act, teetering as it does on the edge of light and dark, that plays out throughout the entire film. And as it often plunges into darkness without much warning, it makes for a fascinating, if not always comfortable watch.

Essentially, it’s a film about grief, and how many of us are simply unprepared for it when it strikes. There’s also a sub-theme that co-exists, that of mental health. Jim is desperately trying to hold his shit together, but the fact that it all gets too much for him takes him by surprise.

Kudos to Cummings, on all three creative fronts, but particularly in his lead role, as he’s rarely out of frame. And although Jim appears to be a seemingly simple man, he soon unravels in a fairly complex fashion. He often wants to come across as the everyman, but there’s an intensity about him that burns ever brighter as the film goes on.

It’s by no means a conventional comedy – in fact, there’s nothing conventional about it at all – which makes it all the more enthralling.

To that end, Thunder Road is not a feel good flick; it’s brimming with awkward laughs and yet you should also expect a number of tugs on the old heartstrings.

It’s the kind of quirky title that will undoubtedly take you by surprise, one way or another, on what is certainly a cinematic road less travelled.