Where the Crawdads Sing

Once in a while a show comes along that enters the zeitgeist, becoming a hit, albeit a cult one. The BBC/Hulu drama Normal People was one such show, making stars of its two leads Daisy Edgar-Jones and Paul Mescal.

It’s the kind of material, based on the novel of the same name by Sally Rooney, that has afforded them the luxury of taking on even bigger projects, as Edgar-Jones not only recently starred in a the US miniseries Under the Banner of Heaven alongside fellow Brit Andrew Garfield, but also be the marquee name for this mystery drama, based on Delia Owens’ book.

Sure I can look into the distance.

The sixties, in the sleepy little town of Barkley Cove, North Carolina, where a body has just been found. Directly underneath a fire tower lays the body of Chase Andrews (Harris Dickson), discovered by the police, who aren’t entirely sure how he ended up there.

Their line of questioning leads them to arrest a young woman, known locally as swamp girl, whose actual name is Kya (Edgar-Wright). She has had a troubled past, with her family disbanding due to her abusive father, that has left her to fend for herself for much of her life.

It transpires that she not only new Chase, but they had a relationship, but is it really possible that she murdered him? 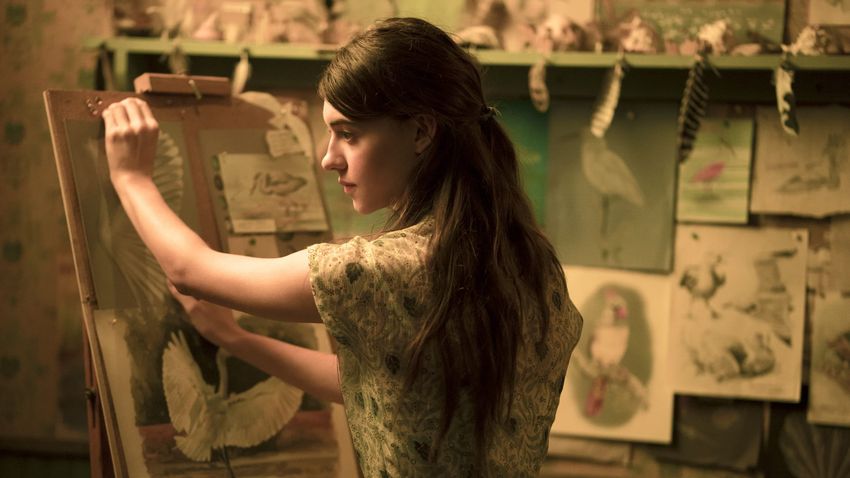 And I can look just to the side. Just two of my impressive five looks in total I have.

Edgar-Jones certainly has a nose for good reading material, with this being her third big role adapted from a book, and it’s a corker. Kya is a fascinating character, coming from a truly unique- and troubled background. Much like her passion for nature and wildlife, Kya herself is like an entity in chrysalis form, who emerges into the real world, finally being able to form healthy relationships.

The film starts with the discovery of the body, and then spends the majority of the film in flashback, leading to the finale of Kya’s day in court.

The first half hour or so, Kya is presented in her younger form, played by Jojo Regina, who it has to be said, is simply incredible; initially it feels as if she could possibly be one of those really annoying child actors who overacts throughout, but after a minute you realise that that’s far from the case. Considering the dark material, Regina is stunning, to the point that she gives Edgar-Jones a run for her money for the strongest performance.

Edgar-Jones has already mastered the fragile, broken ego trait, that her previous characters also had, but once again delivers it with an even hand and a deceptive subtlety. She is once again a protagonist who you can’t help but fall in love with and root for.

Director Olivia Newman, with only her second feature, creates a wonderful milieu, not only set in the sixties but also the exotic watery locale. There’s so much water that even Kya’s home can only be accessed by boat. It’s the perfect locale for not only romance and wonder, but murder too, as it turns out.

At times, focusing as it does mostly on Kya’s troubled life, the fact that a crime has possibly taken place often drifts into the background, masterfully so, returning with a vengeance when you least expect it.

It’s a little slow, but always strangely fascinating, because the dead body really is secondary to the telling of Kya’s remarkable story. And with Newman’s assured vision, it’s a journey well worth taking.

Edgar-Jones certainly knows how to pick them, and act in them too, in what is a visually appealing world, directed with confidence, which may well have you pine for a place, like where the Crawdads actually sing, of your very own.